Another inspired appointment by the SIA? 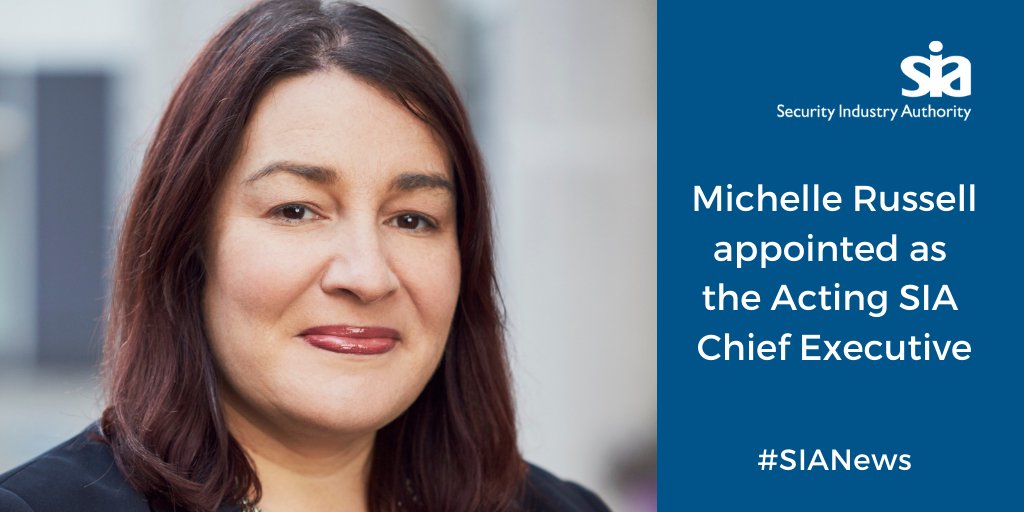 The Security Industry Authority (SIA) has appointed Michelle Russell as Acting Chief Executive. Michelle will take up the role on October 19 following Ian Todd’s departure from the SIA.

Michelle is currently the SIA’s Director of Inspections and Enforcement. Immediately prior to joining the SIA Michelle was a Director at the charity regulator, the Charity Commission.

Elizabeth France, Chair of the SIA said:
“Michelle was selected following an internal competition. All Authority Members took part in the interview and selection process and were impressed by the candidates’ performances. It confirmed our view that we have a strong senior team at the SIA.
After careful consideration, we decided that Michelle Russell should take the SIA forward as Acting Chief Executive until a permanent appointment is made, probably in about six months.”

Reflecting on her appointment, Michelle said:
“I am pleased and excited to be taking on this role. I look forward to working with the Authority Members, the Directors and staff at the SIA, to continue to support the private security industry in protecting the public in these unprecedented times”.

The last two appointments of Alan Clamp and Ian Todd did nothing for the SIA and its members who remain frustrated at the lack of regulation that still exists and seems to go ignored within the sector. Lets hope that the next permenant appointment ‘probably in six months’ is worth the wait?